I suspect that some others might have done this back in the day, but the best part about Ultima 7: Serpent Isle for me was the geographer named Scots. He lives just outside the second city of Fawn, and when you talk to him he'll give you a map for free.

Just click on map and he'll give you one right away.

These maps are perfect squares, and because of that they stack on top of each other quite nicely. If you talk to him enough, you can start to build something. 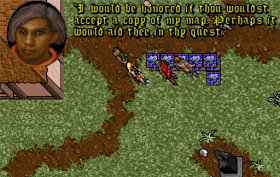 We're getting the beginnings of a wall now, 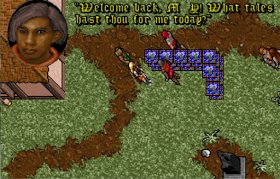 Now we're surrounding him a bit (unfortunately it won't stop him if he wants to go as he'll just disappear): 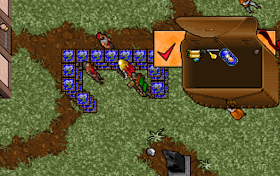 Now the beginnings of a house: 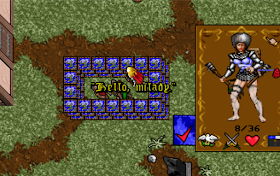 If you place one map one level higher than the next, you can turn it into a staircase. Here we are talking to Scots from about eight maps high. 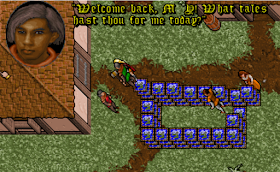 If you get into a fight, just run into your house... 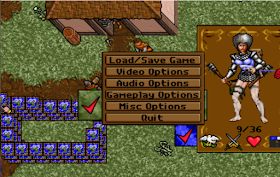 ...and stack the maps in the way. Now they can't get in. That's a Fawn guard stalking outside. Back in the day I hade something much larger than this complete with a bedroll, nightstand, candles etc. taken from the city, and would do things like run off to Monitor, strike a guard and run back into the house, board the entrance up with maps and get a good night's sleep while he raged impotently outside what used to be the entrance. In theory you might be able to cover almost every open space in Serpent Isle with them. 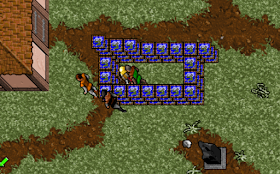