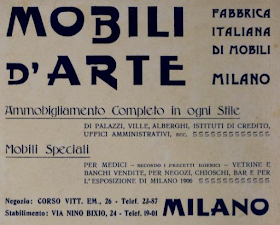 I think it's been almost half a year since my last post. In the meantime I was busy with finally getting around to getting a formal university degree, and doing it at quite a rapid pace. It's finally done and I can get back to other things now.

One of them is an outlet for my Belle Epoque fascination. After translating the first third of Jules Huret's l'Allemagne Moderne I gave some thought as to how to complete the rest. To do that I believe I'll need to drum up interest in the era itself, because I don't think the era just before the world wars started is sufficiently appreciated. That leads to WWI being seen as WWII's poor cousin when really it was the greater of the two tragedies: a tragedy that never should have happened is obviously the greater of the two even when the second is larger in scope. WWI is you against your former friends bleeding away in a seemingly neverending alley brawl that neither side can remember the reason for, which you would take back if you could, but which you still want to win and will do anything to come out on top. WWII is a larger rematch after both sides have now become enemies and one you knew was going to happen again one day.

So a larger appreciation of what was lost should help. This is the site.

1914 is a well-known number but I want to raise 1871's recognition to help demarcate the era.

The site's subtitle is Your daily dose of the Belle Époque, Europe's golden age, and that's exactly what it is. It is a short daily read of Belle Epoque stuff, whatever I can find produced in the era on Archive.org that I can translate into English. L'Allemagne Moderne will eventually become free to read in its entirety, and other works will show up in an interspersed fashion as well. L'Allemagne Moderne one day, some Deutschland und die Deutschen, that image above from a 1906 Italian Expo guidebook, some other book, back to L'Allemagne Moderne, and so on. Repeat until one book is done and another will fill the gap.

Later on I may start a Patreon campaign, which when successful will let me devote more and more time to these linguistic archaeological digs I love to do. It turns out I can't stop doing them.
데이빛 / Mithridates at 4:44 PM
Share